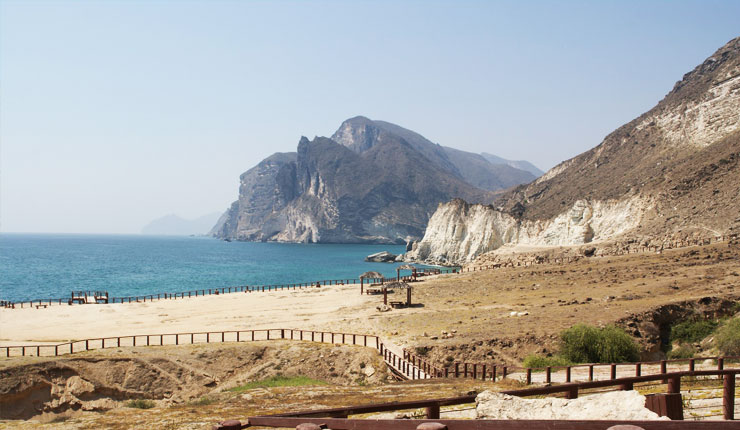 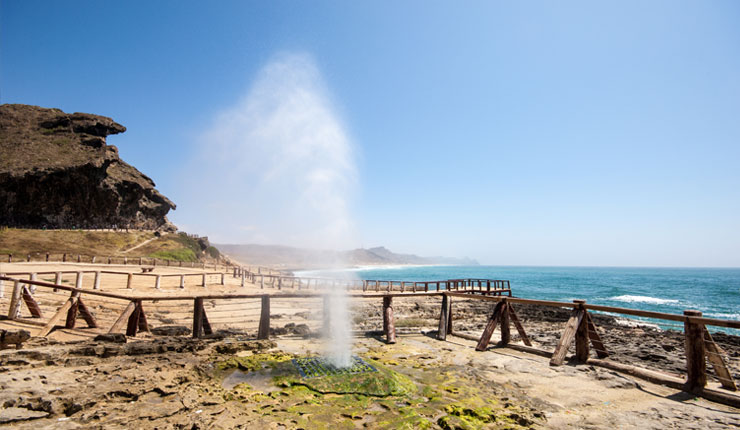 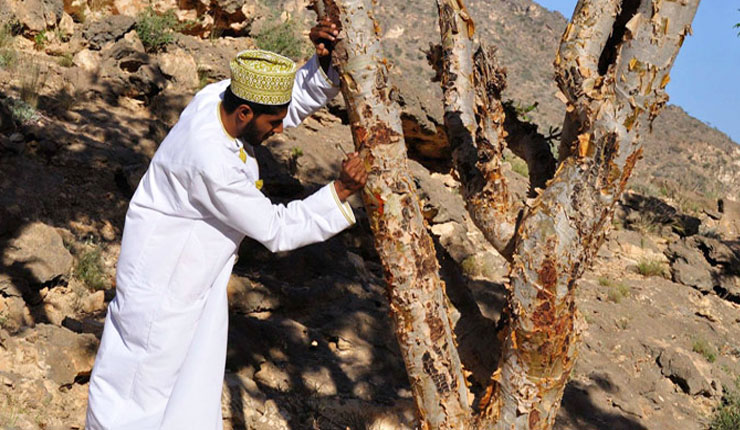 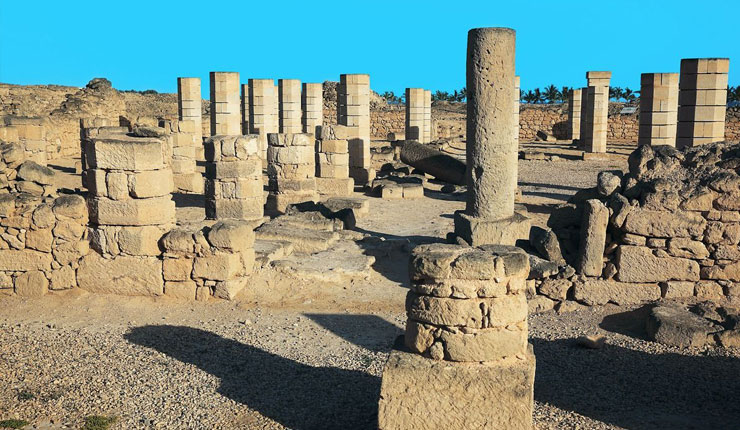 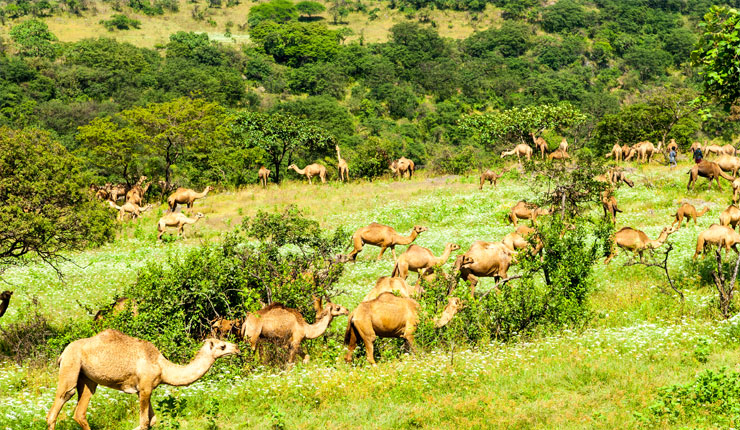 We drive along Ittin Road up through steep roads to visit one of the most popular tourist sites in Salalah, Dohar. High in the mountains lies the tomb of the Prophet Job or Nabi Ayub as he is called in Arabic.

The drive up is a particularly scenic route and the Nabi Ayoub’s tomb is considered a must visit not only for spiritual reasons but also for the spectacular views of the surrounding plains and mountains. Specially during the Khareef or monsoon season, the entire plains turn a lush green. This is truly a beautiful sight to behold and is thus one of the favourite places to visit in Salalah during Khareef.

We then drive down to Al Mughsail Beach, whose white sand and blue waters make it the most popular beach in Salalah. Walking towards the west end of the beach through the Al Marneef Caves leads to the famous blowholes which are perforations in the limestone rock. As the water crashes into the beach it is forced through these perforations and surges up into tall columns that are thrown up many meters from the blowholes.

From here we drive towards Wadi Dawkah, a route that offers spectacular views as we climb uphill following the curves of mountain roads with its many hairpin bends for almost 15 to 20km.  The Wadi is a UNESCO World heritage site set in an arid desert valley known for its Frankincense trees. Many such trees can be found dotting the landscape here and as the land is ideal for its growth and thus the frankincense harvested in Dhofar is considered among the best in the world. We also visit a bird sanctuary on the way where we are likely to see many migratory birds during season.

Post this we head back to Salalah hotel where this Frankincense tour ends.

Timing:
We should ideally start early in the day 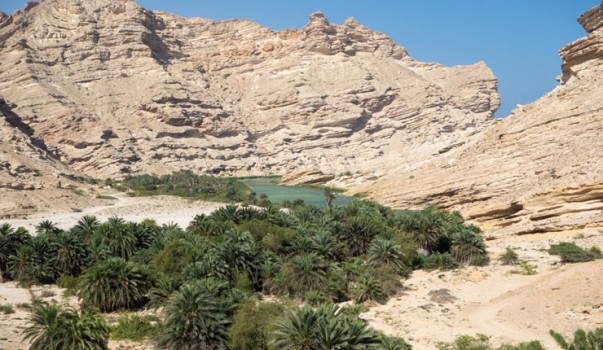 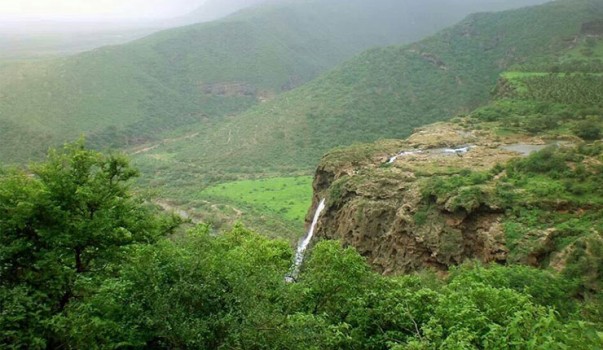 Spend the day exploring the dramatic mountains that surround Salalah in Oman, visiting wadis and local villages for an authentic Omani experience. 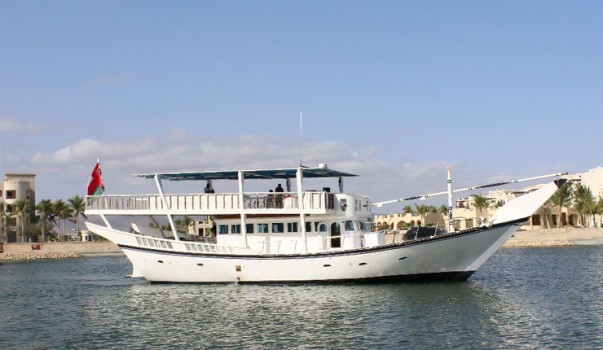 Enjoy a cruise from the deck of the dhow “Sindbad”, This short trip would take you all along the beautiful promenade of Salalah. 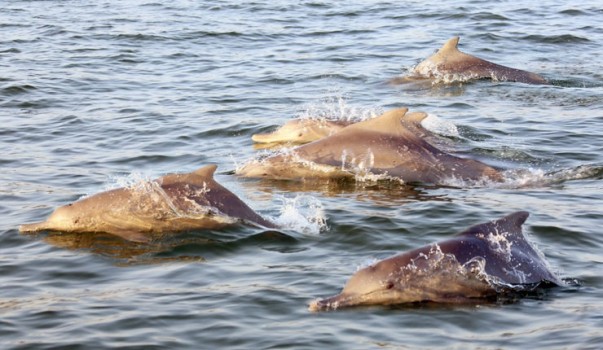 Dolphin Watching is one of the must to do activities in Salalah. The humpback Dolphins are easily visible on the blue ocean. 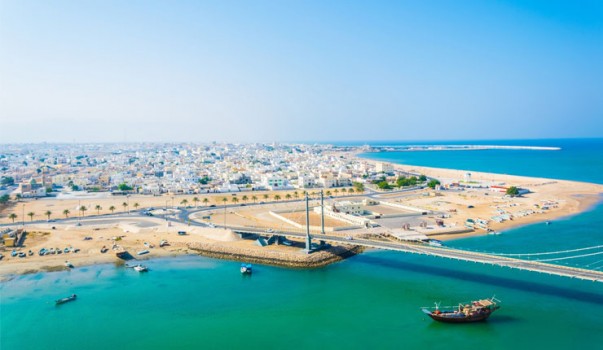 The city of Sur is one of the ancient Omani cities. It is a city that has played a prominent and distinguished role in maritime commercial activity.